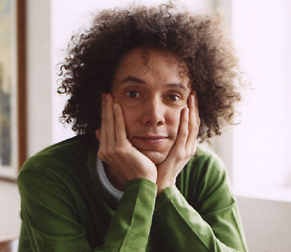 Having enjoyed Malcolm's 'Blink' so much (reviewed here), I picked up a copy of his previous book, Tipping Point.

As for 'Blink', I think this book deserves a place on your bookshelf. Whether you are in sales or marketing or involved in an altogether different role, Tipping Point has much to teach about human nature.

At the end of my review of 'Blink', I finished by reiterating a point from the book - that people don't make up their minds for the reasons they think they do.

Tipping Point establishes the impact of context on human behaviour. The decisions people make and the behaviours they adopt have at least as much to do with circumstance and scenario as they do with character or personality. Where we are seems to have more impact on what we do than who we are.

Malcolm leans on the results of well documented and controlled experiments to underpin his often counter intuitive points. You may have a hard time accepting some of the books conclusions so the fact and case study based validation is essential. It is also part of the books fascination.

Tipping point describes how small things can have a tremendous effect on communication. It links the science behind viral and social epidemics. It tells some amazing stories and explains how some ideas, products, and behaviours despite meagre or non-existent marketing, take off and spread, literally like the common cold. It reveals why otherwise great concepts and innovations that are backed by substantial marketing resources, often fail to realise their potential.

Despite exposure to many of the ideas through other reading, including Link by Albert Laszlow Barabasi, Influence the Science and Practice by Robert Cialdini, and Geoffrey Moor's work, Crossing the Chasm and Inside the Tornado, I found great practical value in understanding how one might leverage the principles in Tipping Point to achieve a more powerful communication.

If you aren't achieving the potential sales impact of a message, do the following:

While I have oversimplified those principles in these three simple statements, I think you will need to read the book to understand how the knowledge can be used.

Tipping point is an exciting, fast-paced read, connected throughout with real world events and drama.

In addition to explaining some astonishing phenomena, it reveals treasure that anyone can use to communicate more effectively.

In sales, having people hear a message and act on it to their own benefit, is at the heart of our purpose.

If you to implement the ideas in Tipping Point, to increase sales effectiveness, we can help. Telephone +44 (0)1392 851500. We will be pleased to learn about your needs or talk through some options. Alternatively Send email to custserv@salessense.co.uk for a prompt reply or use the contact form here.